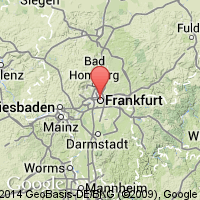 Frankfort, Germany.  We are still in the enemy’s country of course, but have come out of our prison Altheim. All were early at the Bahn-Hof. There for the last time, please God! we found our old horror the Chief of Police. He had a long paper in his hand, and read out our names; “Hamilton?” “Here!” “Your passport?” (which he scrutinised as if he had never seen such a thing before), and so on. As we got our precious papers back we passed through the barrier, where our tickets were clipped, and on to[59] the platform above. The train when it came in was crammed with soldiers, and we were advised to wait two hours for the next, but (to a woman) we all preferred travelling third, or even fourth class, rather than remain another hour where we had suffered so much. Miss G—— told me afterwards that she had travelled with two German men, who cursed England up and down, using the most horrible language about her.

Presently a wounded soldier came into the carriage, and they asked him where he had been fighting. “On the Western Frontier,” said he.

“Did you see the English?”

“Of course not! They had all run away. Cowards, cowards!”

These are the things which make life so unendurable in an enemy’s land. I was sent here to the “Hessicher-Hof,” which, although it masquerades under another name, I had no difficulty in recognising as the former “Englischer-Hof.” Miss H—— went to the “Hotel Bristol,” and when she got there found over the door the one word “Hotel.” What we women should have done without the able committee who arranged all details for us with such kindness and thoroughness, I cannot imagine.