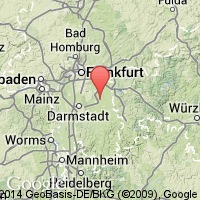 No church now! Even that taken from us! The American Vice-Consul has been here, and still thinks that we may get away in a fortnight. We are sick with hoping and being disappointed. The German Press full of the most virulent abuse of England, “treacherous,” “hypocritical,” “lying,” “cowardly,” “boastful,” there is no bad name they don’t call her! Russia and France and Belgium get no lashings of scorn and fury and hatred such as England does! At last the account of Sir Edward Goschen’s interviews with Von Jagow and Bethmann Hollweg has appeared in the German papers. I had read it all in the “Corriere della Sera” long ago. They talk of stopping Italian papers in Germany since they are pro-English (in German, “lying”).

Most of my English friends here went to the German church to-day. The Pfarrer pointed out to his congregation how clearly God had favoured their cause, how victory had followed victory, the virtuous, religious people triumphing over the wicked, ungodly nations. Then he spoke of the day so near when Germany should annihilate the “Macht von England,” and teach her when crushed and humbled “die Wahrheit,” Religion and Morality! Humph!