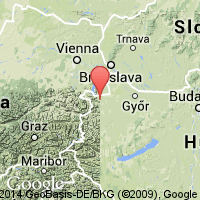 When the declaration of war did come it sobered us somewhat! The Princess quickly recovered and said “Why do you worry about it, Jerry ? It’s not a matter between you and me, but between Grey and Berchtold let them scratch each other’s eyes out if they like. After all, I’m not sure that I’m so angry with them, for it means that now you’ve got to remain here indefinitely nolens volens. I am very glad, for it will be fearfully dull here without our usual big shooting parties. And now come and play bridge.” That was the way in which the Princess looked at it all the time. It was impossible for me to persuade her that to have an enemy alien in the house might be very unpleasant for her : she could never see why, though England and Germany hated each other so cordially, she and I could not remain the good friends we had always been and live peacefully in the same house.

The Bores were very contemptuous as were all Austrians and Hungarians about England’s embarking on a war with Germany ; but the Prince was very serious about it, and said that though England was undoubtedly on the losing side one should not speak so lightly of her resources and her money . . . her money. . .

“And if it should become a money war, where are you then?” I asked.

“It won’t be a money war,” said Bethi, ” pfui pfui pfui! You are an enemy, and you and your friends the French will get a nice smashing ” but before she had time to get further, she was seized by Count R and Billy and was escorted to her room.

The Princess then took the opportunity of saying that she wished it to be understood once and for all that politics were not to be discussed in presence of Jerry they didn’t wish to offend Jerry, and Jerry had no wish to offend them ; and discussions under existing circum-stances were not possible without giving offence some-where; besides, Jerry was only one, and they were never fewer than eight against her, and it wasn’t fair.”

“But don’t listen to what my sister says,” said Count R , “we shall continue our arguments in the garden, Jerry.” And in future our very heated discussions really did take place among the Man of Art’s roses and flower-beds where they seemed strangely out of place.